On Thursday I went back to Crate Brewery in Hackney Wick and met Táňa Kadlecová who is such a cheerful and uplifting character. She did this interview with my previous band Charlie Straight a couple of years ago. Now she’s doing her first year of fashion photography at UCA (if I’m right) and took a couple photos of me on film that day. This in the instagram one. 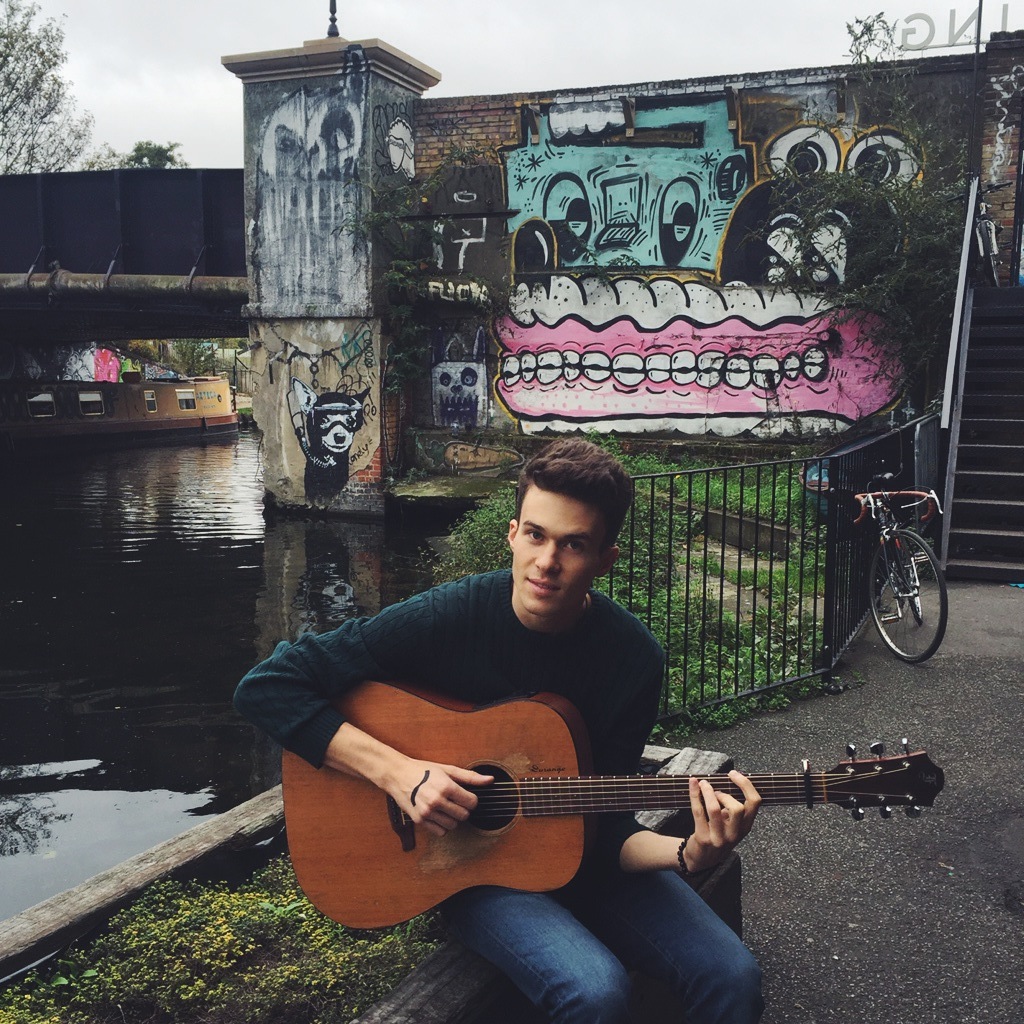 Then I did an interview plus a couple of songs for Met Uni’s Verve Radio on Holloway Road where I feel at home eating halloumi wraps at Crystal Kebab all the time (I stay three or four bus stops down the road). And then I re-discovered this band we found at The Great Escape while plaing The Fiddler’s Elbow.

Will Green of Feldspar is one of the nicest people I came across in London this week. He told me to meet him at The Lamb near Highbury & Islington which quickly became my new favourite pub. Will loves John Grant, I need to check him out. As he was sipping his Red Fox and I my ginger beer, somebody’s pizza delivery arrived and this mysterious man in dressed in black appeared in the middle of the room wearing a motorcycle helmet he wouldn’t ever take off. Strange… It instantly reminded me of this video by James Blake! And then I remembered the lovely interview by John Kennedy which made me an even bigger fan of both him and the XFM DJ.

On Wednesday I went to Strongroom Bar & Kitchen to see Chris Lovett from Souterrain. We’re planning a little Lake Malawi UK Tour at the end of April and I can’t wait to do something with Chris again. Our first Croydon Radio interview is one of the friendliest memories I have of venturing out into the unknown realms past Zone 3 and turning up in South London’s San Francisco (I’ve decided to call it that because of the trams and Kate Moss).

Finally, before taking the train to Luton Airport yesterday, I went to Harrods where a charming shop assistant sprinkled my wrist with something I kept smelling all day long. It made my day really. It got me through the Russel Brand loneliness I feel on Oxford Street sometimes. I also discovered this beautiful song by Japanese House which helped. And I caught up with Barbora who currently works for SHOWstudio. All in all, one of the best weeks I’ve had in a long time… We play at Prague’s Chemistry Gallery tonight. Fifty people sitting on pillows, the four of us strumming away and I’m in heaven again. Ã.