In fact, I wouldn’t be in a band if it wasn’t for Coldplay. When my cousin played The Scientist to me when I was fifteen, I wasn’t only hooked, their music resonated with me so much, I knew what to do with my life. 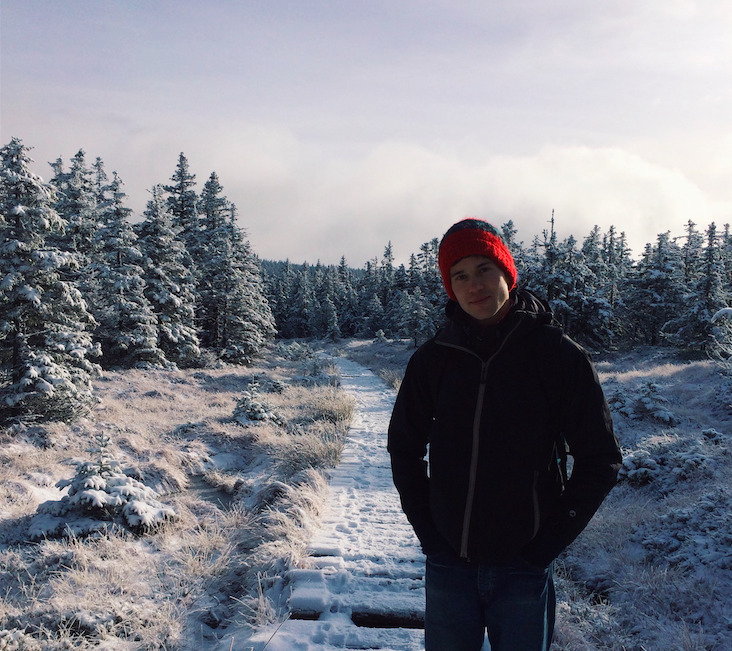 At high school, Zuzka Kudelová & I played Macy Gray and Sting covers, jazz standards and my early stuff as Funkiers. Then I took on drums and met Pavel Pilch, my drum teacher. I would spend a good couple of hours a week drumming in my parents’ garage. Then I met Johnny Cienciala and Michal Worek and we had a little jazz trio called 3JAZZ. When I came back from Ramsgate in 2005, I’d written my first songs (like Swim Across, UK Blues or She’s a Good Swimmer) and played them to Pavel. Straight away, we both wanted to do the same – be in a new band together… I already spoke to Johnny about this and somehow, we later persuaded my elementary school mate (and a genius pianist) Michal Šupák to join in. This is how Charlie Straight came into existence (the band split up in 2013).

I’m writing about it all to come back to Coldplay, of course… One winter afternoon back in 2005, I was doing The Scientist at a school assembly. Somewhere in the crowd, I made the most important fan of my life thus far (except from my parents). At that very moment, Johnny’s classmate Vojta Dohnal came to believe I would make it as a star at Glastonbury some day touring the world far and wide. He has been managing my musical career (with my dad helping out) in one way or another ever since. He is the manager of Lake Malawi now.

If I ever meet Chris Martin or anyone from Colplay in person, I’ll say thanks for the music that made me want to make music so much… The music that even made my best friend believe in me and find me. I am a Coldplay fan for life… Ã.